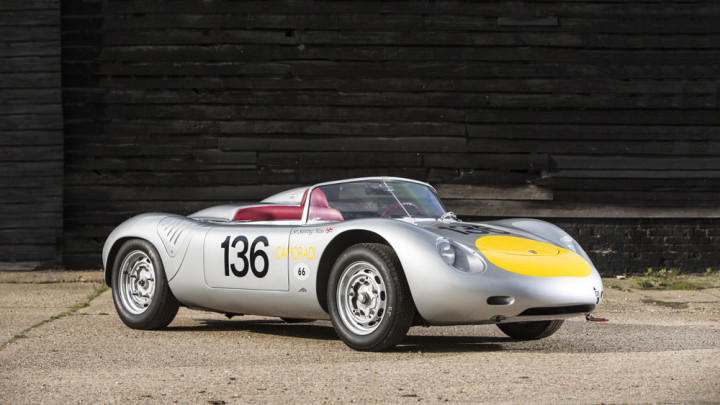 A 1961 Porsche RS-61 Sports racing car belonging to Sir Stirling Moss will be on offer at the 2015 Bonhams Goodwood Festival of Speed Sale. The car belonged to Stirling Moss but he only raced this particular car in historical racing events, including Moss’s final competitive event.