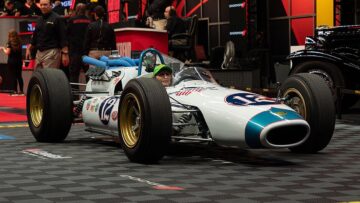 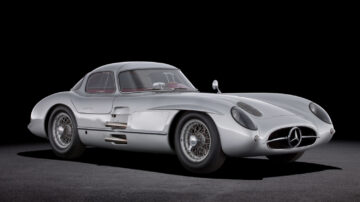 Only 14 cars have ever sold for more than $20 million at public auction: seven Ferraris, two Aston Martins, two Mercedes Benz cars, a Duesenberg SSJ, a Le Mans-winning Jaguar, and a McLaren F1 are the most expensive cars ever. The highest price ever paid at public auction for a car is $143 million for a 1955 Mercedes-Benz 300 SLR Uhlenhaut Coupé sold by RM Sotheby's for … END_OF_DOCUMENT_TOKEN_TO_BE_REPLACED

Several marques including Mercedes Benz, Bugatti, Alfa Romero, Duesenberg, Ferrari, Ford, and Porsche had cars sold at public auction for between $10 and $12 million. The first car to have sold for more than $10 million at public auction was a 1961 Ferrari 250 GT SWB California Spider back in 2008. The $10 to $12 million cars also include the most expensive Mercedes Benz … END_OF_DOCUMENT_TOKEN_TO_BE_REPLACED