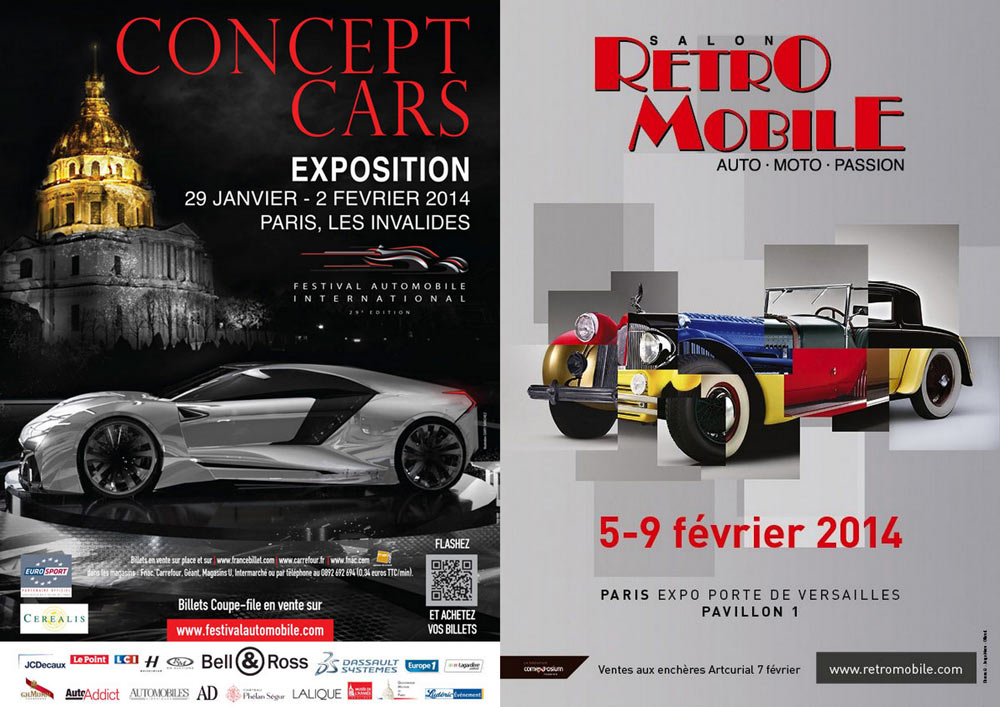 The first major classic car auctions of the year in Europe are held early in February in Paris. These are held during Retromobile Week with the Concept Cars Exposition adding further interest. Artcurial Motorcars is the main French auction house associated with Retromobile but Bonhams is holding its third Paris auction in February 2014 and RM Auctions its first sale in France.