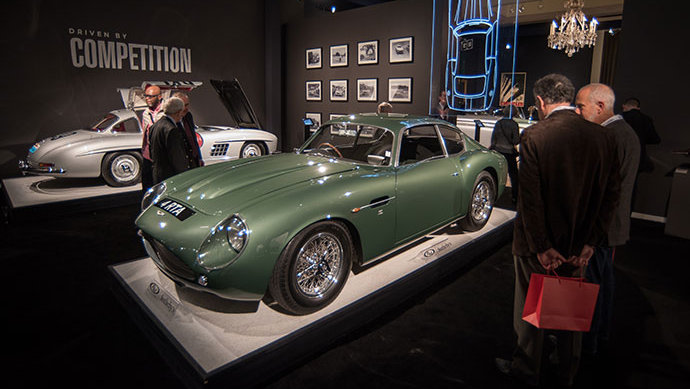 The 1955 Mercedes Benz 300 SL Gullwing in the back ground was an official Mercedes Benz works (Sportabteilung) racing car. A highest bid of $4.2 million was insufficient to buy the car.