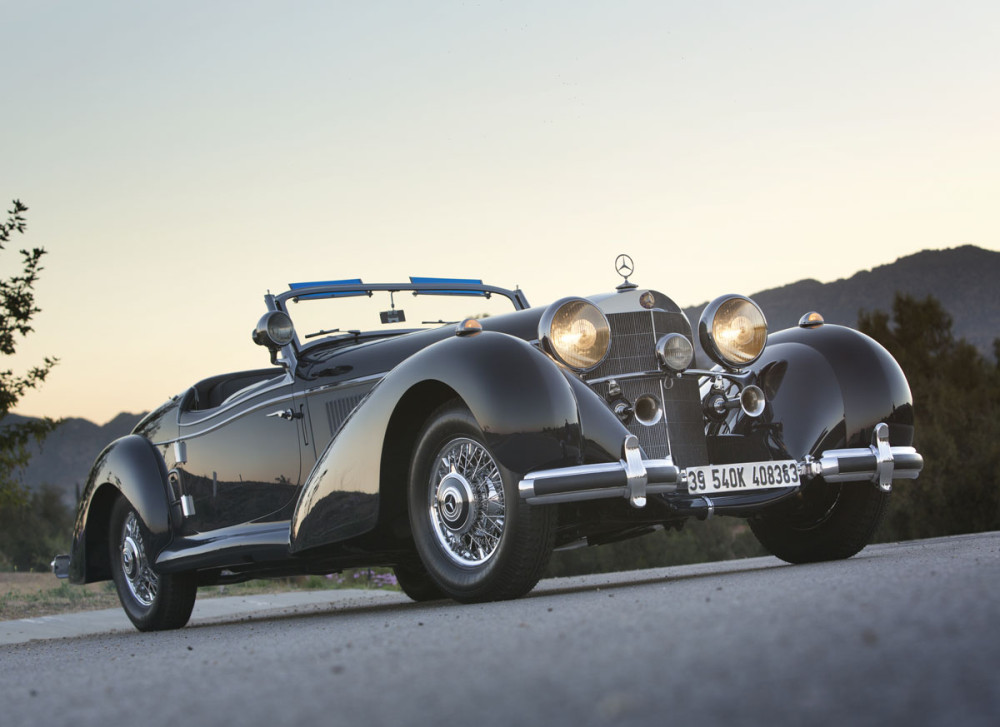 The 1939 Mercedes-Benz 540K Special Roadster, which was completed just days before the outbreak of the Second World War achieved $7,480,000 at the 2013 RM Auctions Monterey sale. The Mercedes detoured via the Soviet Union after the war before returning to the West via Sweden in the 1960s.
Photo: Pawel Litwinski ©2013 Courtesy of RM Auctions