The Barrett-Jackson Scottsdale Auction in January (March in 2021!) is unlike anything else. It’s an all-encompassing automotive festival that celebrates the incredible diversity of the automobile. It’s an event that combines the excitement and thrills of an auction with a continuous variety of activities and events. The 2021 Barrett-Jackson Scottsdale auction was rescheduled from the usual mid-January to the week of 22 March 2021 at Westworld of Scottsdale, Arizona, USA.

In 2021, Barrett-Jackson sold in total, 1,054 vehicles for over $95 million, while over 1,000 pieces of automobilia brought in over $4.4 million, and $5.8 million was raised through the sale of charity vehicles, bringing the total auction sales to more than $105 million with a 100-percent sell-through rate and over 95 world-record auction sales achieved.

The 2020 Scottsdale Auction was the largest-ever auction held by Barrett-Jackson and its most successful. Over 1,900 Resto-Mods, classics, and supercars sold for more than $129.7 million, and over 1,200 pieces of automobilia brought in well over $3.7 million. The sale of nine charity vehicles – including the first-ever C8 Corvette – raised $7.65 million for great causes.

Barrett-Jackson raised more than $5.8 million for charity at the March 2021 Scottsdale Auction through the sale of a record number of VIN 001 and first production vehicles offered at auction. In total, nine vehicles were sold to benefit charity. To date, Barrett-Jackson has helped raise more than $133 million for more than 130 local and national charitable organizations.

The top charity lot, which was the second-highest result in the weeklong auction event, was the 2022 GMC Hummer EV Edition 1 VIN 001 (Lot #3007) that raised $2.5 million benefiting Stephen Siller Tunnel to Towers Foundation. A second million-dollar charity lot was the 2021 Ford Bronco 2-Door VIN 001 Lot #3008 that sold for $1.075 million with 100 percent of the hammer price benefiting the National Forest Foundation and Outward Bound.

“Barrett-Jackson and the collector car hobby really stepped up for charity in Scottsdale,” said Craig Jackson, chairman and CEO of Barrett-Jackson. “We helped raise millions of dollars through the sale of nine charity vehicles, which included a record number of VIN 001 and first production models ever offered at auction. We’re grateful to our partners at Cadillac, Chevrolet, Dodge, Ford and GMC chose to leverage the Barrett-Jackson stage and give collectors the opportunity to own a piece of history and also benefit critical organizations. I continue to be inspired by their commitment to supporting those who need our help the most.”

Many auction houses have sales (live, online, or a combination) during the annual Scottsdale week in mid-January (and end March 2021), including amongst others: 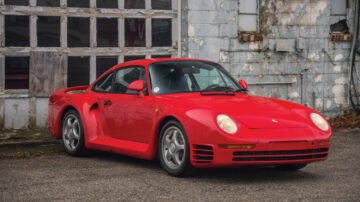 Porsches including a 959, 918, and Carrera GT from the Tenebaum Collection are early highlights announced for the RM Sotheby's Arizona 2022 Scottsdale week … END_OF_DOCUMENT_TOKEN_TO_BE_REPLACED 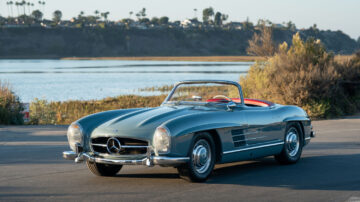 A 1967 Chevrolet Corvette L88 Coupe sold for $2,695,00, followed by two modern Ferraris, as the top results in the Mecum Glendale Sale in Arizona in March … END_OF_DOCUMENT_TOKEN_TO_BE_REPLACED

Seven low-mileage Ferraris from the Steve Todhunter collection are the lead cars for the Mecum Glendale Sale in Arizona in March 2021. The headline … END_OF_DOCUMENT_TOKEN_TO_BE_REPLACED